Silver Phoenix has returned with another one of her stories. :P

For those of you who don't know, I started this RPG over a year ago called The F.B.S which stands for Fantasy Boarding School. I just decided to turn it into a story and started writing it today (Oct 30). So far it's going really well and I hope the people that are/were in the RPG enjoy reading about their characters. Though keep in mind that if some characters weren't very important to the plot or didn't post very much, I'm taking them out. They might be mentioned briefly but then leave the story afterwards. I'm planning to turn the RPG into a trilogy if I can so I'll try my best to split it into three parts. 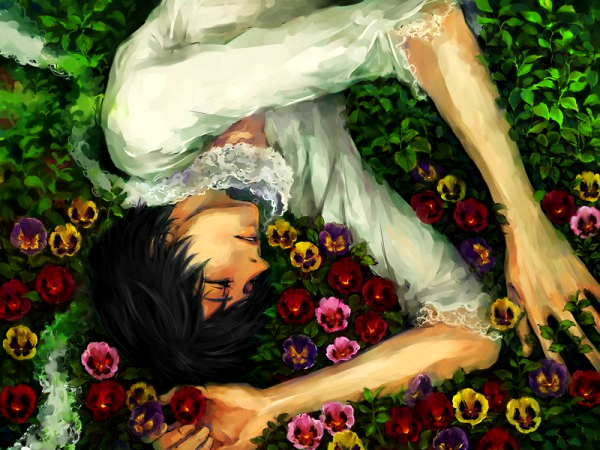 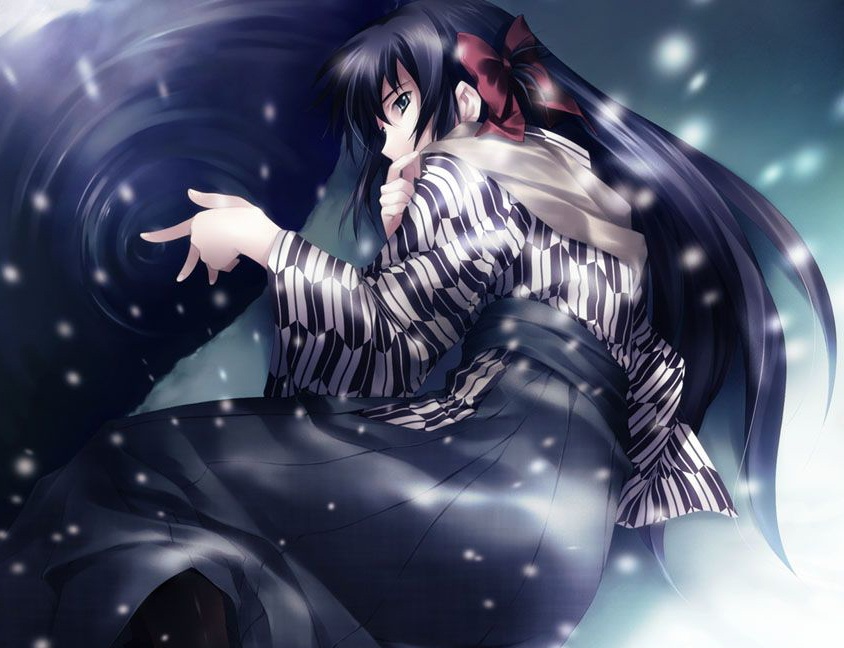 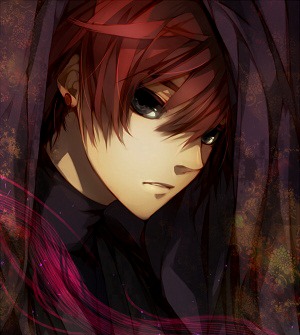 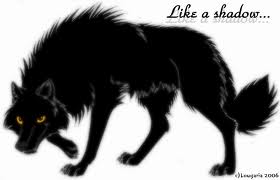 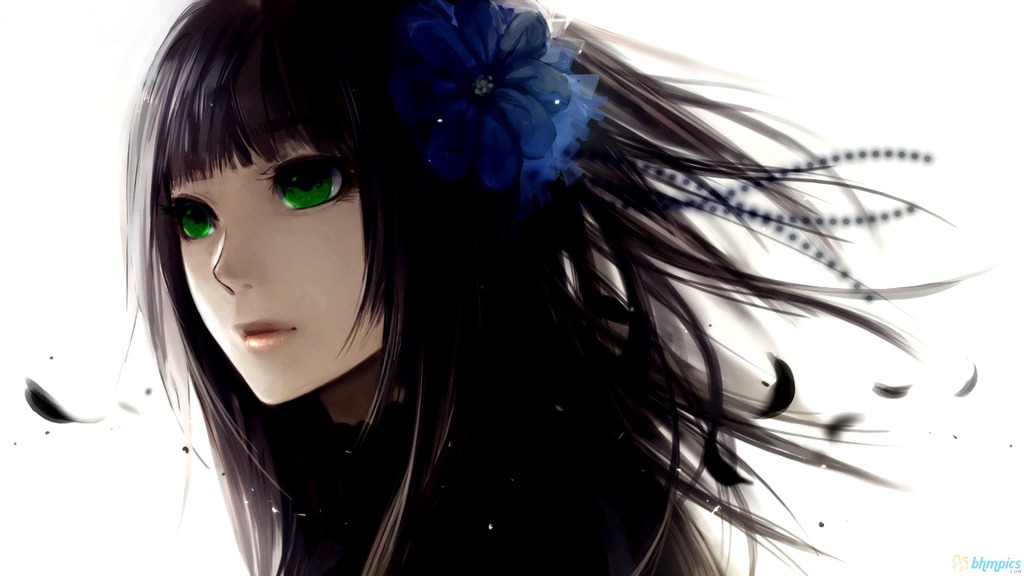 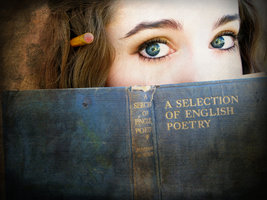 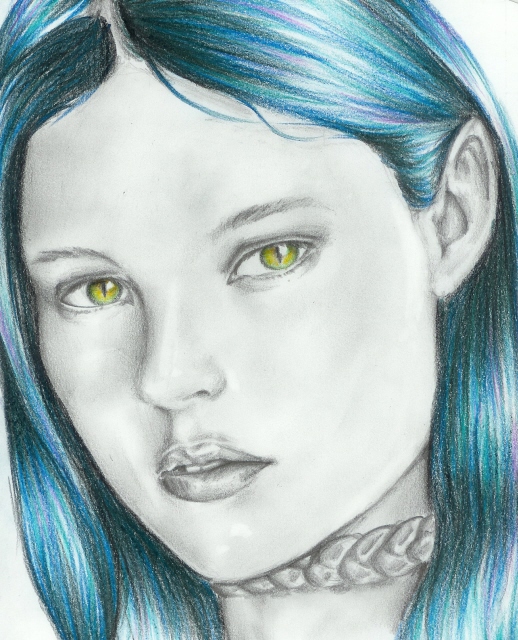 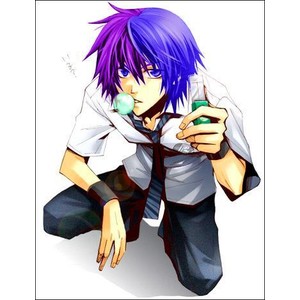 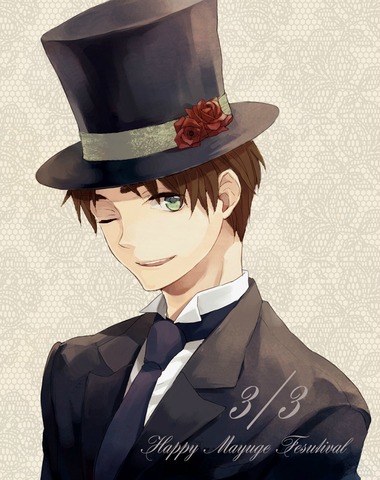 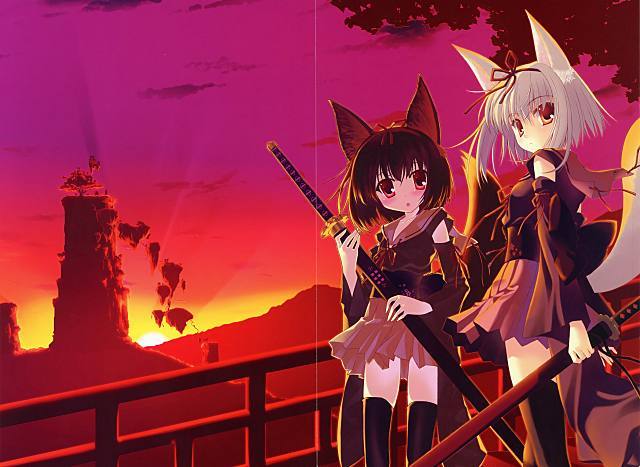 Zach: No picture yet.

Kaenger's eyes opened and he realized that it was still dark in his room. The moon shone dimly through the window and he knew that something had woken him because he never woke up without a reason. Slowly he turned towards the door and listened. At first there was nothing but the soft breathing of the other five people he shared the large

Dorm room with...but then he heard a soft scraping sound. Something was walking down the hall with claws scraping against the ground and it sent shiver up his spine. The door then creaked open, slowly and Kaenger stiffened instinctively. In the doorway stood a hideous creature, its clawed hands gripping the door frame. It was almost eight feet tall and its hands were well larger than Kaenger's head with thin finger that looked like twigs. Its ears were like a cat's and its oily black skin was lightly covered with wiry hair. A Karop.

Kaenger had heard of them but right as he looked up into the creature's pale yellow eyes he just realized his mistake. A Karop's gaze had the ability to paralyze its victim and that's exactly what happened. Kaenger stopped breathing as well, his body stiff and froze by the gaze of the monster in the doorway. Slowly it took a few steps in the room without taking its eyes from Kaenger. That was the creature's mistake: one of the students had also been woken up by the sound and slipped down from his bed, reaching for the black hilted sword lying next to his bed. The student was a sort of friend of Kaengers, though they rarely talked because Kay preferred to be left alone and was usually by himself. Kay was a Shadow and Kaenger had to be reminded what that was because of his memory lost. A Shadow was a special creature who looked human, like mostly everyone at the school, and had the ability to slip into shadows and disappear at will. They were also able to use a bit of magic and had a Shadow wolf companion who usually stayed with him at all times. Kay’s sword glinted in the light as he unsheathed it but as the sword slid out; the Karop heard the subtle sound and its gaze shot angrily over to Kay.

Luckily, Kay knew Karops and was careful not to look it in the eye like Kaenger had. Once the creature’s gaze had left Kaenger he was finally able to breath and he gasped for air, falling out of bed on the ground, coughing. Kay had stepped back in the shadows and vanished at the Karop rushed at him and Kaenger quickly recovered his breath, snatching his bow and loading two arrows on the string. Just as the Karop turned around, he realized them and they hit the monster’s side and arm. It let out an earsplitting screech and everyone else in the room was instantly awake. With lightning speed the creature was on Kaenger, its long claws digging into his shoulder painfully. He managed to hold back the cry of pain and suddenly the creature’s eyes rolled back and it slumped on top of Kaenger limply. One of the teachers that slept just in the other room had been woken up and he pulled his sword out of the Karop’s head with a slight jerk. It was Mr.Dodger and his face contorted in confusion as he began mumbling to himself.

“Karop…karop…karop…how did a Karop get in here?” He asked himself, scratching his chin slightly.

The teacher and the boys weren’t the only ones who had been woken up by the screech; the nurse’s apprentice, Celeste, had also been woken up all the way in the girl’s dorm. That was because of her abilities to feel pain and it came in handy at times but in the middle of the night it wasn’t that pleasant. She grumbled to herself as she crawled out of bed and slipped into her close. It was her duty as the Healer’s apprentice to check on any pain she felt and help the school healer out with tending to the students as best she could.

“Why can’t they wait until morning to hurt themselves?” She grumbled, snatching a cloak and heading out of the girl’s dorm into the night.

She calmed herself by the time she reached the boy’s dorm and knocked on the door glazing around at the building. She would just walk in to see what was wrong except there was a magical barrier preventing girls into the boy’s dorm and vice versa. A teacher was needed to remove it and she hoped someone was a awake to let her in. Wrapping her cloak tighter around her she waited a moment.

“Mr. Dodger?” She called. “It’s Celeste, has someone been injured?”

Luckily Mr.Dodger had stopped his mumbling to hear Celeste and smiled slightly. He bent down and gently pulled the creature off of Kaenger, then dragged it down the hall to the door.

“Ah, Ms. Mender.” He said, smiling at her. “You are indeed correct. Nothing too serious but Kaenger was attacked by this Karop.” He said, normally motioning to the dead creature lying next to him.

He whispered something and ran his fingers down the doorframe, deactivating the barrier and motioned Celeste in.

“It’s just the last room at the end of the hall.” He said, jabbing his thumb behind him. “Now if you’ll excuse me, I must dispose of this thing.”

Celeste nodded as he walked past and avoided looking at the hideous creature, slipping inside after him. Little did she know, her absence had caught the attention of another student: Kirien Anarel. The elf had only been at the school for a week and still was adjusting to the large school. It was rather overwhelming and she usually had troubles sleeping but this time she’d dozed off for a few hours. She woke up with a start suddenly and looked around the room quickly, noticing that Celeset’s bed was empty. Kirien wasn’t sure what caused Celeste to leave so early in the morning so she slipped out of bed and wrapped herself in a shawl, leaving the room to find her roommate and trying not to wake the other people in her room.

Wow! This is great! I can finally figure out what all happened in the story! X)

I'm soo excited!! It's going to be awesome. I realized how much I miss Alom, even though he's bad, he's really awesome. XD

Mr. Dodger had better have a larger part in this story.

I'm really excited to be reading this!

Yep! I making him a slightly larger character, but because he's not mandatory to the plot he won't be in too much...though my goal is to slip him in every one of my stories if I can.

You should. *nodnod* That would be awesome.

Thanks. I've been very careful to stay true to the RPG and keep the characters the same so hopefully it works out. :)

lol yeah it would be

Is Zach gonna be in this?