In this RPG Narnia is being attacked! The Kings and Queens (Edmund, Peter, Susan and Lucy) have been taken captive and it is up to a group of young Narnians led by the young princess (my character) to save them!

Creature: (If not Human) BIO: Liz is a princess, but when the castle was attacked she was walking through the forest. Now, she is very determent to save her father (the high king Peter). She is an expert archer and is very brave, but learned not to show unless she has to. She is wanted by the people who took her parents, so she is in hiding. Liz will do anything for her friends and family, but is now very careful whom she trusts.

Bio: When he was a child people always said that he looked like the king, Peter. But he still could not pretend to be him but he and Peter were friends. All the time and they tried to switch Lives on time but it did not work. Everyone could tell the difference

BIO: Nora is also a princess, she is the princess of the people who are attacking Narnia! She is very humble and sad that this is happening. After trying to stop her people she became wanted in her own land! So she ran to Narnia only to find she was to late to help so she ran to the woods and was found by Liz. Now the only one who trusts her is Liz.

BIO: James is Nora older brother. He always dreamed of becoming king. He was sent to find the princess along with the army the Narnians already encountered. As it was his first battle he became frightened and fled. With a few men who had also escaped, he found a group of Narnians, or so he thought. Before long his few men died. Before anyone could hurt him, his sister, Nora, stepped forward to save him. 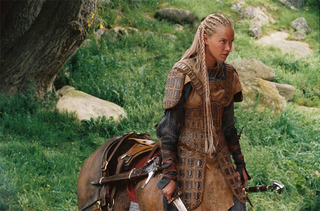 Fernhoof is the daughter of Oreius, High King Peter's general during the Winter Revolution. She learned the healing arts from her mother, and her uncle taught her the practice of reading the stars, but when Narnia is threatened, she is also a capable warrior, adept with both swords and daggers, and a skilled archer. When the High King and his queen were captured, Fernhoof was sent in secret to find and protect the missing princess.

Image: (her crown would be made of flowers and branches.) 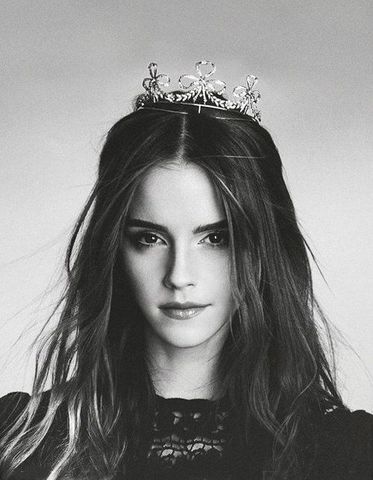 BIO: Kara had been a High nymph bound to her forest, but ever since it was brutally cut down all of her sisters where destroyed. Along with her entire race. But somehow she took form in a human body to stay alive. She sought only to serve the Royal Family after that (for 70 years). She is very loyal, but also hides a lot of grief.

Kara is as quiet as a butterfly but also as kind as one. She fights evil with two twin swords. 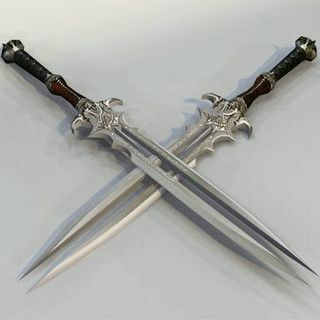 Bio: Mial is a descendant of Peepiceek and has served Narnia as a knight for most of his life. He was there when King Peter was captured, he knew that he wouldn't be able to save him so he watched and listened to try and hear where they would take him.  Finally Mial went searching for the Princess knowing about the secret hiding place. Bio: Zeke was born in Leeds, UK to a British Father and an American Mother.  He grew up being a curious child, always wanting to know the inner workings of everything he could get his hands on.  This curiosity brought him to Narnia when he was 14 during the end of the Telmarine Conquest. He stayed for quite sometime getting two short swords and a bow to help fight.  When Zeke got back from Narnia, he practiced in secret with his new weapons so when he returned he would be a more capable warrior.  When he turned 25 he was brought back to Narnia through a underwater cave which brought him to Narnia right before the kidnapping of the Pevensies. 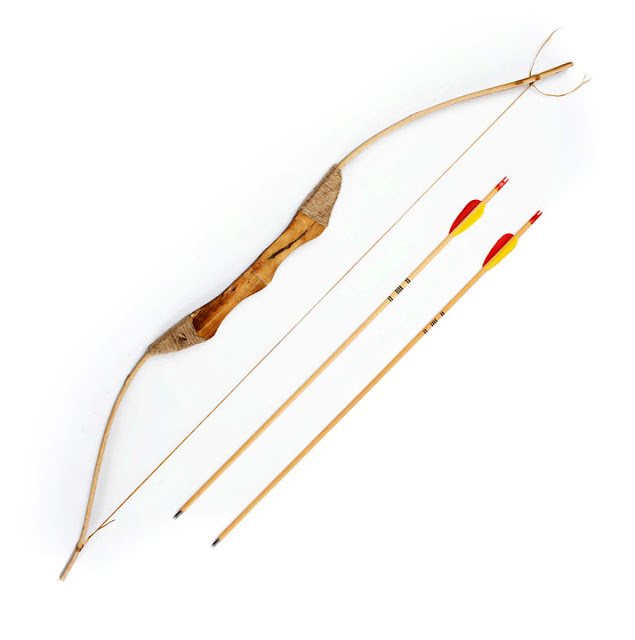 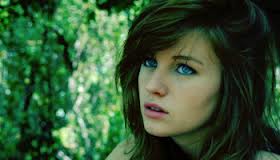 She becomes liquid when she enters back into water fully. ^^^^^^

River is a naiad or river nymph. Her family lived in the river that flowed between the countries. She had taken a couple of weeks to visit Narnia. She had been in her human form for travel which she can stay in for as long as a week without having to change back to water. When she came back home, her family was trapped by the Calormen in the river by building a stone bridge over the large raging river they lived in. They warned her not to enter back into the water at that spot for fear she would be trapped with them. She returned back to Narnia and has been working in the palace for the past few years. She can manipulate water to flow in any shape or form that she wills. Sometimes she controls it without her knowledge when her emotions are high enough. If she either concentrates hard enough or if she is riled enough, she can even extract it from the ground. She is handy with knives.

Grason grew up in Narnia but at the age 14, he escaped the abusive family home he was born in. He fell straight into the middle of a circle of thieves where he soon was put to work 'collecting' as they put it. At the age of 19 he met another young thief named Julia. They fell in love and moved in together, being too poor to afford a wedding. Months later, Julia became pregnant and gave birth. Unfortunately, she didn't survive but the son did, It tore Grason apart but he took good care of the boy until the cash flow started to dwindle after the attack of the Calormen. He left his son, Jeremy, with a more successful member of the group of thieves, promising to return after he had enough money to support them both and get them out of Narnia. 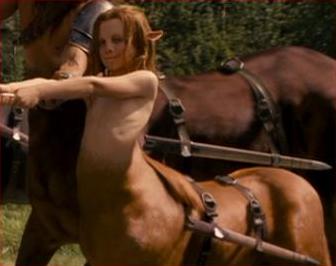 Bio: Phrixus and his family were in the market place in the castle's boundaries when the attack happened. His parents where worriers and told him to stay put, they left to fight the intruders when a catapult hurled a stone rock into the market place. Phrixus ran for cover, finding a small stone cove he stayed there waiting for the battle to end. But when the fighting did stop he had blacked out. 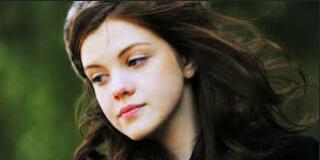 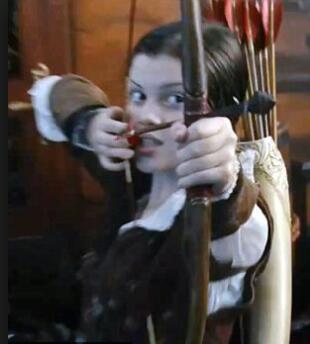 Bio: April's parents both died in a battle against the calourmens, so Queen Lucy took her in and made sure she was safe. As April grow older, she learnt how to use a bow and short sword. And ever since her parents where killed April had felt a special hatred for calourmens which grew even more when they captured the royals. Now she might just have an opportunity for revenge.

BIO: Erik was born in Narnia. But when he was six, a group of Calormen spies found and captured him. He was then taken back to their country as a slave for one of the Tarkaans. Erik was later forced to train as a Calorman soldier and join their army. 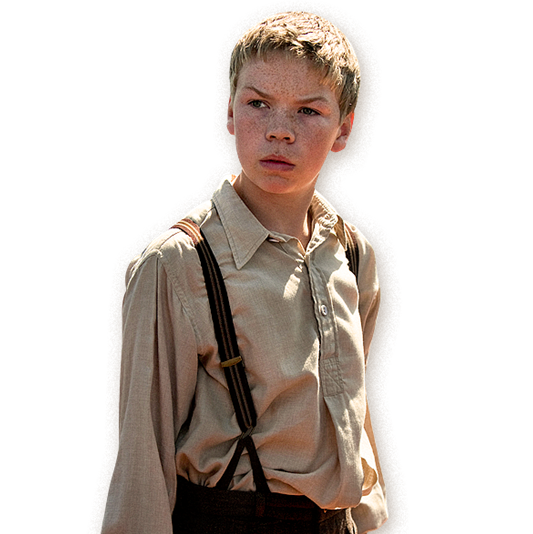 Bio: He was a Loyal Servant to the King Peter, before his family went missing. Now he spends all his time searching for them and he is starting to go crazy. Liz finds him and takes pity. She helps him gain his sanity and become a soldier.


Bio: Friend of Aslan. Let's some ride on his back.

Creature: Daughter of a star

(The green cloak is what Aryandil wears in the forest. Combine that with a brown Narnian dress and armor underneath the cloak and you have her warrior's outfit. :) I'll try to find a star dress soon.)

Bio: Aryandil is the unknown adopted daughter of Ramandu. She was originally a human, but when an evil force killed her parents in the Lone Islands when she was four, Ramandu took pity on her and adopted her as his own daughter, making her as a star. She has a close bond with Liliandil. The day after Ramandu adopted her, Aslan appeared and gave her the gift of long life, possibly immortality. He told her that she had an important destiny in front of her and to never lose sight of it. Then he disappeared, leaving her confused. She is naturally distrustful of all people, but that could change.

Name: Keegan
Age: 3
Creature: unicorn
Bio: Keegan is the great grand son of Bree from The Horse and His Boy. He is still young, but wants to help Princess Liz in the war over Narnia.

I will join Here my guy

Bio: He was a Loyal Servant to the King Peter

I just have to get together a profile :)

Awesome Can't wait till we start!

BIO:Nora is also a princess,she is the princess of the people who are attacking Narnia! She is very humble and sad that this is happening.After trying to stop her people she became wanted in her own land! So she ran to Narnia only to find she was to late to help so she ran to the woods and was found by Liz. now she not is very trusted except by Liz

Permalink Reply by Satar on April 9, 2014 at 9:13pm
Do you have a basic outline on where this adventure will lead?

But I am open for ideas!

Fernhoof is the daughter of Oreius, High King Peter's general during the Winter Revolution. She learned the healing arts from her mother, and her uncle taught her the practice of reading the stars, but when Narnia is threatened, she is also a capable warrior, adept with both swords and daggers, and a skilled archer. When the High King and his queen were captured, Fernhoof was sent in secret to find and protect the missing princess.

(Could you give some more background about the people who took the king and queen, like the country they're from, etc.?)