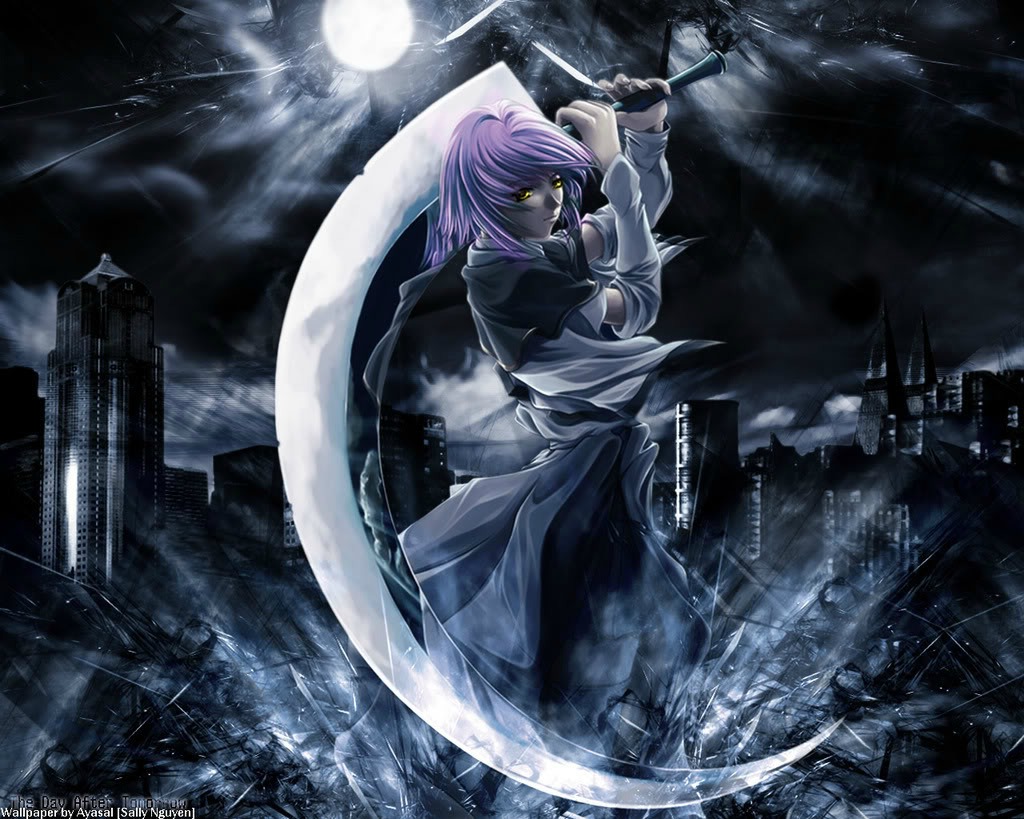 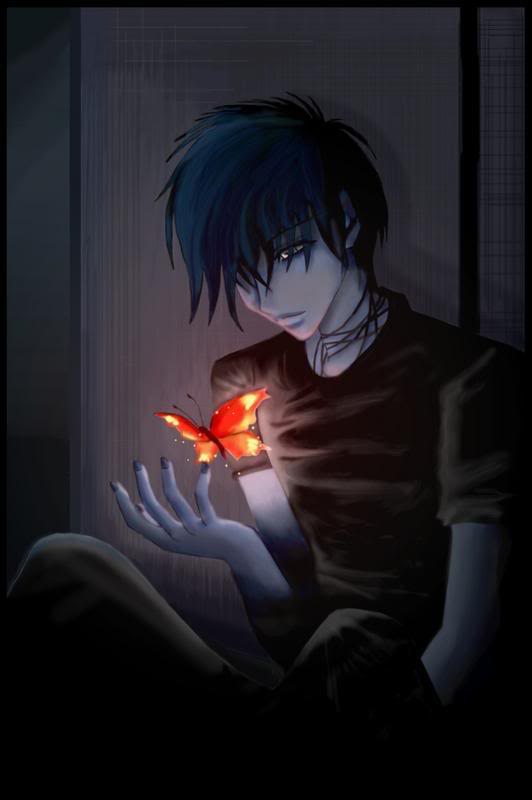 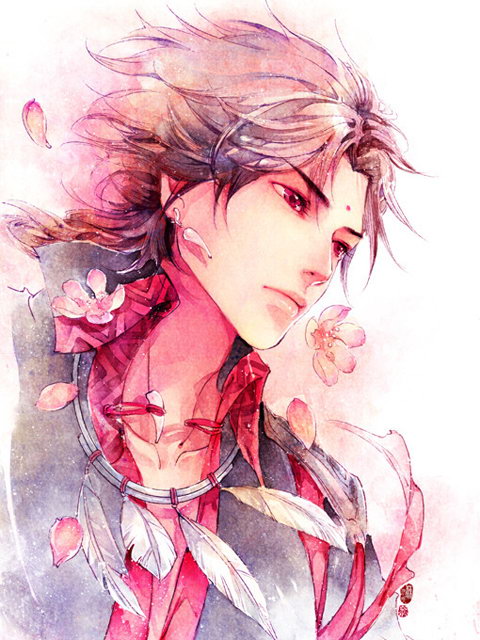 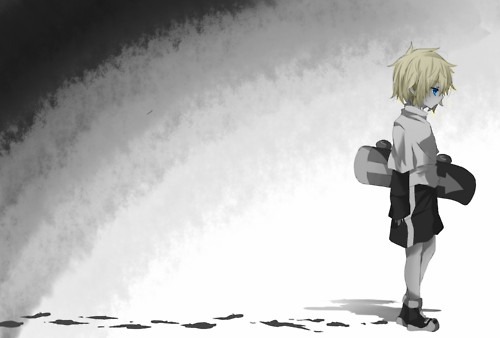 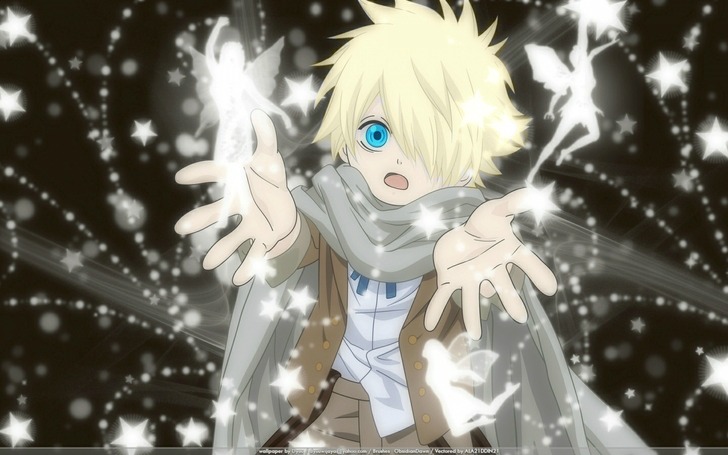 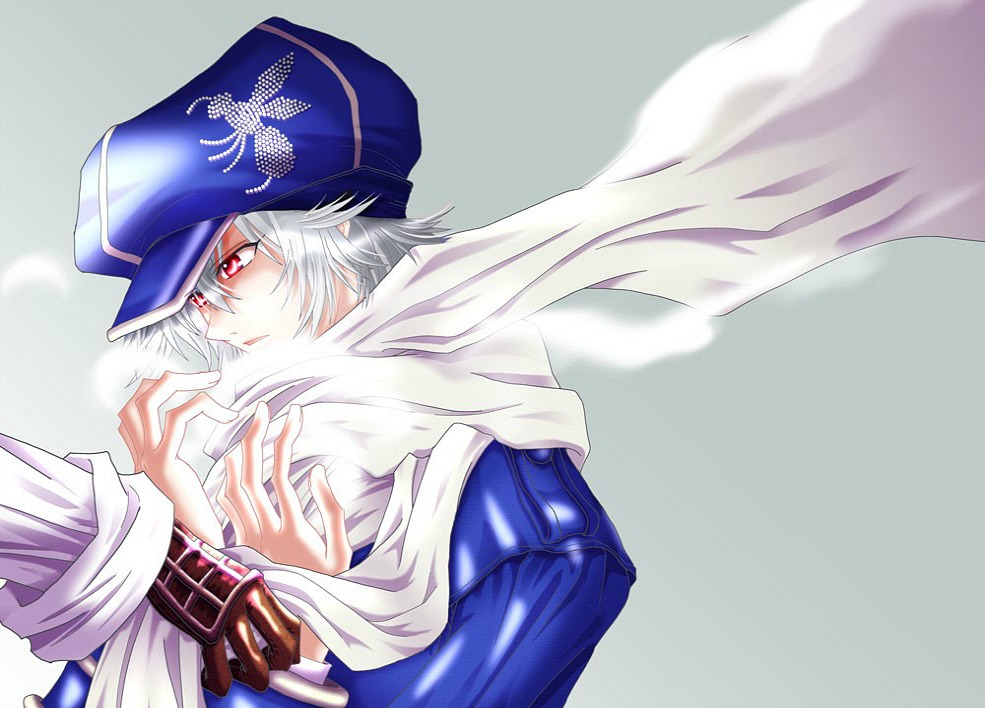 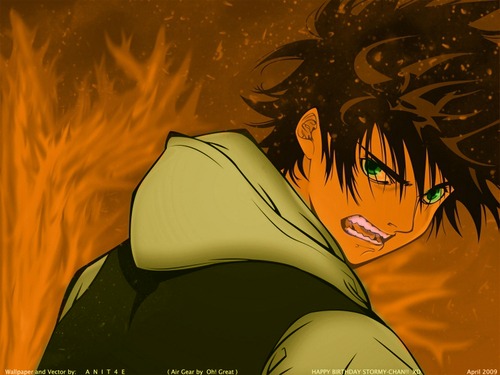 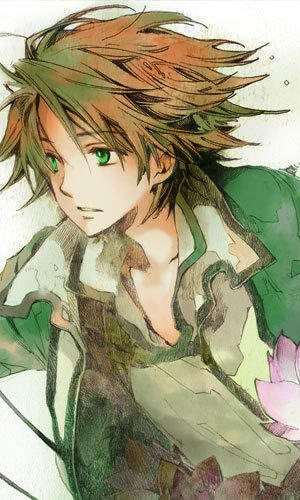 Thanks! I finally learned how to edit so I've spent hours editing pics the past couple days.

Deep inside a mountain, near its volcanic core is a grand room or I should say cave. Long, wide and tall with lava seeping out cracks in the walls and flowing slowly down into other cracks. The room is decorated sparingly, but tastefully with only what was needed. It was still obviously a place for royalty or someone of high standard. The colors of the furniture and decorative items followed a simple code of reds, yellows and purple most of which were dark. The most notable part of the room was the center of the back. There a grand desk sat complete with the finest wood and covered in important papers. Behind that sat a chair that was turned around to face the lava covered wall. The chair was unlike anything else in the room and made from twisted black vines and delicate scarlet red roses.

From the wall of lava on the left of the room a boy walked out. He shook some drops of lava from his hair as if it were water and bravely walked over to the desk. He stopped within three meters and waited patiently. They boy was about seventeen years of age and looked very handsome. His uneven very light purple hair hung down to his shoulders and his sad piercing yellow eyes looked unwaveringly at the chair. His clothes were simple and hung around him loosely. Most notable was his massive Scythe sword which was just as big as he was and hung off a holder on his back.  “Sire?”  He asked his voice gentle and soft.

The chair swirled around quickly scattering a few petals from the roses. The young person in the chair wore a black leather cloak that almost touched the floor and hooded his face so only his mouth was visible. “Ah, Haven” He said, His voice was dark though handsome. A small smile was evident on his white face.

Haven showed almost no emotion except sadness in his eyes, but he was almost always this way. He just had a depressing outlook on the world was all. “I have my report” He said.

The young man gave a small nod encouraging Haven to go on.

Haven pulled out a scroll from a pocket and carefully he floated it out of his hand and gently set it down in the dark young man’s lap. “We found another tribe and crushed it” He said summarizing everything.

The young man opened the scroll and scanned through it quickly. It was an old way of recording things, but he liked it that way. “That’s wonderful” He said softly. “Soon all that’s left of them will be no more” He rolled up the scroll and set it lightly on his desk. “How are they functioning?” He asked.

Haven looked thoughtful. “I’d say they functioned just like the last batch. They’re incredibly powerful but very slow on the uptake.” He said.

The young man looked frustrated getting up from his seat showing he was rather tall. Taking his time he strode across the room to a bookshelf that took up most of the right wall. “I always feel so close…” he murmured. “There must be something I’m missing”

The young man turned around to see a dark teen sitting in his chair. The new arrival had navy blue hair with a hint of green and silvery green eyes that glowed ever so softly. His skin was fare and white, but with his other dark features he looked incredibly handsome. A glowing reddish orange butterfly landed on his shoulder.

The hooded teen smirked slightly. “I made you far too powerful for my liking Kern; I didn’t even know you had arrived.”

The hooded teen chuckled. “Of course” He pulled out a book and leaned against the bookcase as he read.

Haven looked at both of them. “Are we waiting for someone?” He asked.

Kern looked a little surprised. “Didn’t you get the memo? We’re all supposed to meet together today”

“You have a knack for that” a girl said as she unattached herself from the rock wall. She was creepy in a word. With long red hair, glowing red eyes and fancy clothes that didn’t have a signal smudge of dirt on them. She also had large tan feathered wings that came out from her back. “You always make it to meetings without even knowing they exist”

Haven looked at her emotionlessly. “Selah? Correct?” He asked.

Selah flipped some hair over her shoulder and walked over to Haven confidently. “I knew you’d never forget. Admit it, you like me” She purred leaning against him.

Haven shook his head. “I don’t feel any emotional attachment to anyone” He said.

Kern got up off the chair. “Isn’t this the first time we’ve all been together?” He asked.

The hooded teen nodded. “I suppose only Kern’s met Mark”

The hooded teen nodded and shut his book slipping it back into the bookcase and slowly making his way back to his chair. “He’s my latest creation.” He said.

Selah tried not to shudder, but she too was created by him.

The hooded teen sat down and squeezed a gloved hand together tight. “I was able to create a new power with him.” He said. “But I still haven’t completed my objective. He needs more work”

Kern looked away. “Is he the one in there?” he asked pointing at a door across the room.

The hooded teen remained silent a moment before he nodded. “He’s waiting” He said.

Kern shivered. “If he works out will you throw us out?”

One of the roses on the chair began to transform and a boy was created out of the petals. It seemed all the men in the room were good looking because he too was very handsome. He had sandy brown hair and amber eyes. “Don’t say things like that” He said, his voice soft and crisp. “At one point or another you’re going to have to admit you like us” He said.

The teen leaned back to look up at the boy. “You know me better than the others it seems Mark” He chuckled.

Mark smiled at the others. “It’ll be great working with you” He said.

Selah gasped with excitement. “Yes! Another cute one!” She giggled.

Kern lightly pet his butterfly. “All you ever seem to think of is boys…” He said.

Selah’s face flushed and she turned to give him a death glare. A shield of light enveloped Kern and he glared right back at her.

“Can we not try to kill each other?” The hooded teen asked tapping his armrest. “We’re only waiting on one more.”

The boy looked down at him. “I’m not upside down, you are” He said.

Kern suddenly yelped as he fell to the roof. “W-what?”

“Stop playing with his gravity” The hooded teen ordered.

The a small boy looked only eight or nine years of age with very bleached out blonde hair and the most adorable blue eyes. Most would have thought him a little angle of a boy, but if you watched him you’d quickly learn this was not so. He floated to the floor and let Kern fall with a thud. Confidently the boy walked up the teen and pulled down the hood. “I like it better when I can see your eyes” He said.

The teen was defiantly in his later teens, perhaps eighteen or nineteen. He had longish grey hair and dark red eyes etched with black. His face was of course handsome to match the others, but far darker. The small boy was the only person the teen knew of who could look him in the eye and not be instantly filled with fear. “You never change Ephesian” He chuckled.

Ephesian smiled. “Neither do you…. Raxil”

A smirked started on Raxil’s face. Ephesian was a bold boy. The others all harbored fear of him, but Ephesian wasn’t scared at all. Probably of everyone in the room Ephesian was the only one Raxil truly trusted. Though Mark and the emotionless Haven came in a close second.

Kern dusted himself off wincing slightly in pain. “So, we’re all here” He noted.

Raxil’s glowing eyes flashed. “Yes, down to business.” He said straightening himself in his chair. “I have reason to believe the Light one will be awoken soon”

Everyone looked shocked and even Haven’s eyes widened a bit. “You can’t be serious!” Kern said.

Raxil plucked a rose from his chair twirling it in his fingers. “The stupid prophecy cannot come true.” He said trying to hide his anger. Suddenly he crushed the flower in his hand and what looked like blood dripped from his hand down his arm. “I gathered you all together so we can find a way to stop the problem before it even happens” He let the rose drops fall into an empty ink cup and picked up a red feathered quill. Gently he dipped it into the bloody color and began writing. “Everyone ready?” He asked.

Permalink Reply by Michaelyøda on November 8, 2012 at 10:09pm
You really should call that door the Black Gate...Or the Semi-Black Gate. :P

You mean the door where He is?

Nah, its not that fancy. ;P

I'm editing the first chapter here and hope to post it soon. X)

Permalink Reply by Michaelyøda on November 8, 2012 at 10:30pm
Well the original wasn't pretty either. :P

ohhh. All the characters sound mysterious.