The Search for the Moonstone *given by C-Rae, she gives RPG photos now!*

A place called Pixie Inland is in terrible danger.  Here's the History:  Pixies of every kind, (ill let you be what kind you want,) live in Pixie Inland, a peaceful place for pixies only.  But then, a terrible evil befell their land and now everything peaceful is threatening to leave forever.  But the Queen, after reading some History books, discovered something that gave all pixies hope: a magical Moonstone is the only thing that can cast out the enemy, but it's in the Outlands: a place where pixies have gone, but never came back from.  The Queen is sending all brave pixies there, but they need weapon training: no pixie, except the guards, ever need to do.

1 pixies can't do spells or anything

2 you can't make other people's players say something

4 nobody can be better than everybody else.  OK lets start!

Appearance: (if u don't have a pic its ok, just give a detailed explanation please) *plus a gold crown*

Type of pixie: Unknown, but its a possibility that she's a music pixie

Personalities: Wise, very kind-hearted, but if needed she can be firm

Bio: Only she knows her past.

Other: No one in her family is out of royalty.  The only reason she's Queen is her unknown type of pixie and she's the nicest pixie around.

Bio: He's an only child and he lives with his mother and father.  Grandpixies live on the edge of the Outlands, and because he visits them often, he knows the looks of the Outlands and what's living there.

Other:  He's the Queen's Right-Hand-Pixie

Here's another pixie I'll be playing (she's not royalty) Bio: She was born in Pixie Inland and still lives there with her whole family.  Her past has been rough but apparently she's fine.

Other: She really wants to be friends with Nia, but every time she tries, Nia asks her a tough question and because Keesha can't answer them, Nia flies away. 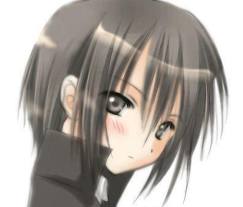 Personalities: evil, yet he does have a speck of mercy

Bio: He used to be the Queen's Right-Hand-Pixie and he lived in Pixie Inland for a long time.  But one day he grew jealous of the Queen and planned to kill her, and he would have, if Gjel didn't show up.  At the time Gjel was a normal guard but he heard Sarga and he saved the Queen that night.  As soon as the sun rose they had Sarga banished to the Outlands.  Gjel became the Queen's new R.H.P. that day.  Sarga hates Gjel and wants to kill him.  He tried once, but Pixie Inland has a safety barrier and evil cannot pass.

Other: His eyes are like mood-rings, they change color when his mood changes, like red for angry, (that happens a lot,) grey for calm, light blue for happy, (almost never happens) dark blue for sad, e.t.c.  He also has a twin brother named Borok who's crueler and more hot-temped then he is.

And here's his wife: 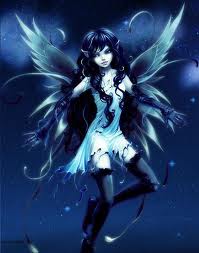 Type of pixie: i can't come up with a name at the moment but she can read minds and view or talk to people in their dreams

Personalities: Protective of her family, loving, and slightly curious

Bio:  She went with Sarga, her husband, when he was banished and she lived with him and her daughter Gwen for 3 years.  But one day she went flower-picking and she was captured by Borok, Sarga's evil twin.  She was kept in his castle until recently he put her in a force field intending for her to die, but he didn't know that Gwen would come.

Other: She only talks to people in their dreams if it's absolutely necessary.  She also can trick one's mind a.k.a. make illusions.

Now it's time for everyone else's pixies! 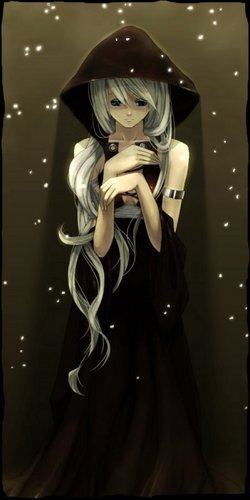 *Wings are behind her back*

Personality: Quiet, withdrawn, because of this she seems cold and distant

Bio: Gwen was born in Pixie Inland, but moved to the Outlands when her father was exiled. She was very young at the time and doesn't remember much about the Inland, or why they left. She used to adore her father, but now she is beginning to to silently question his actions and motives.

Other: She has inherited her father's color changing eyes, but she often covers them with her bangs to hide her true feelings from her father.

Bio: Nia is an orphan pixie who lives in Pixie Inland.  She was taken in and raised by the caretaker of the Royal Library and apprenticed to him.  She loves reading and has read over 2/3 of the books and scrolls in the Library.  She has fantastic memory and can recall most of the pixie's history instantly.  Nia is not a very sociable pixie, preferring quiet reading in the Library to chatting and playing with other pixies.  She loves puzzles and will ofter speak in cryptic sentences and riddles.  She does thing partly because it's fun, and partly to test the intelligence of whoever she's talking to.  If they can't understand her she considers them boring, and not worth her time.

Other: Nia loves studying the stars.  Unlike most pixies, she prefers to sleep during the day and stay up at night.  She can capture starlight and even glow in the dark (very useful for late-night reading) . 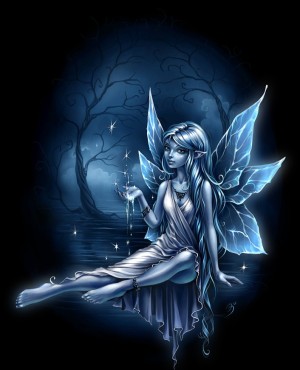 Personalities: Quiet but not shy.

Bio: Her family lives in Pixie Inland and has ever since she can remember.  She has 2 brothers, (1 older and 1 younger,) and no sisters.

Other: She doesn't get cold or hot easy 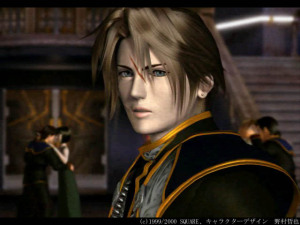 *with wings of course*

Bio: He lives by himself, his parents and brother died when he was 13 and he doesn't really know how.  He doesn't mind living by himself or talking about his parents but he doesn't talk to anyone very much.

Personality: Kind, gentle, and sweet but will take charge if needed.

Bio: Angelica has lived in Pixie Inland all of her entire life, her parents use to live in Pixie Island  before she was born, the only reason they left was because the dwarfs from the island next to it started a war between islands. Her parents have always wanted to move back but the war just gets bigger and bigger, her father sent her to a special pixie school so she could learn how to use her water ability's, like moving water with her hands and taking balls of water from a lake or stream into her hands without it spilling from her hands (see picture above) well doing her studies so she could help stop the war and they could once again live on Pixie Island.

Other: She has always wanted to go on an adventure to test her abilities.

Type of pixie: Insect (she can control insects)

Bio: Jessica was a friend to Sarga's wife before she went missing, Jessica felt really bad for Sarga ever since then and has become his royal guard to make sure nothing happens to him or his daughter Gwen.

Other: Despite what she looks like she is a very skilled warrior, she carries throwing knives, 2 daggers, and a sword where ever she goes.

Personality: Evil, Cruel, and hot-tempered, almost never has any gilt.

Bio: He has despised his twin brother (Sarga) since he was young, he was kicked out of the inland's when he was 16, reason unknown, he has been in the outland's ever since.

Other: He has trapped Sarga's wife Alliah a while ago.  Reason is unknown even to Alliah.  He also has a daughter named Celeste.

And last but not least, Warrior Princess's pixie 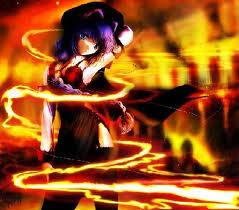 Bio: When her father, Borok, was banished from the Inlands, she traveled with him and they still live together.  Celeste was in charge of taking care of intruders.

Other: She can make anything out of fire, such as a fire bird, a fire tornado, you get the idea

You can make your pixie however you want to but if she/he's mean she/he starts in the Outlands (although i don't think you want your pixie mean, do you?  If you really want to then that's OK)

I'll try to put up your pixie as soon as I can, but until I do, it will be down there

Permalink Reply by Tigerlou on June 26, 2011 at 9:56pm
What are the different kinds of pixies?

Permalink Reply by Emily#2 on June 27, 2011 at 7:55am
well i couldn't come up with any but here's an example: autumn pixie, winter pixie, even fire pixie if you want

Permalink Reply by Emily#2 on June 27, 2011 at 11:49am
oh, by the way, each pixie has a special power, for example, lets say im a sun pixie, i can shine light on things or move sun rays.  But if you want a really powerful pixie, you start out in the Outlands

Permalink Reply by Silver Phoenix on June 27, 2011 at 4:15pm
Fyi it's better to put you talk in slanted. Just a tip. So do we post our characters here or do we send them to you so you approve them?

It says in the description that we post them here.

u don't have to wait for me 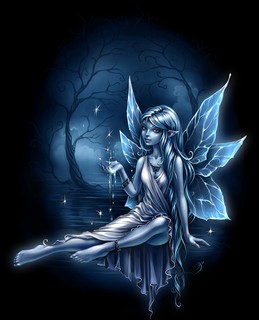 Personality: Quiet but not shy.

Bio: Her family lives in Pixie Inland and has ever sense she can remember. She has two brothers, (one older and one younger,) and no sisters.
Other: she doesn't get cold or hot easy.