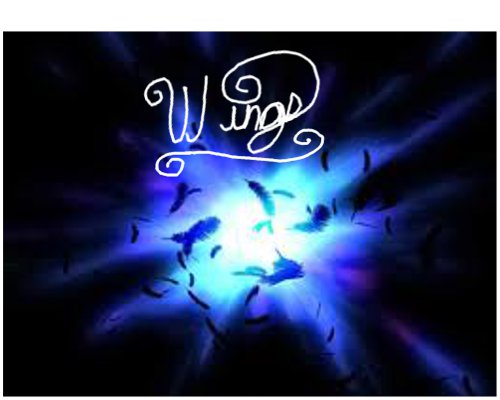 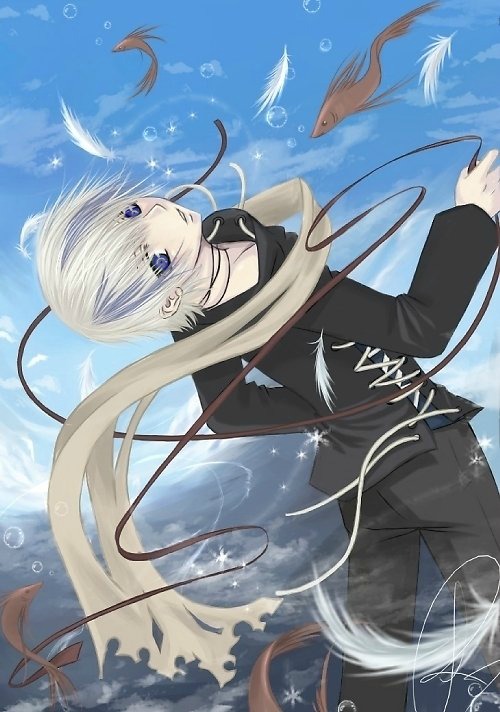 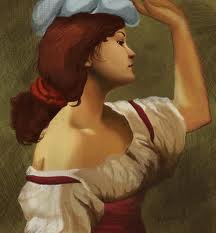 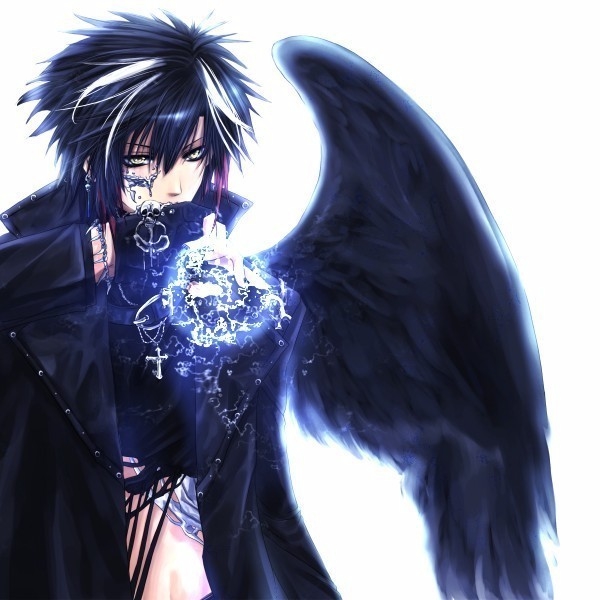 I use PicMonkey. It's free and it's online.

Ugh! I forgot how annoying strands of hair are! I did the eyes and I also found a bigger picture so it's easier to work with:

Wow! <3 Thats waaay better then what I as getting! I think I can edit the hair with another thing i have... I go test it out. Thx!

You know that if you go to google images and click on the little camera thingy in the search bar you can look up a photo that you have and it'll give you bigger sizes of that image if it can find it.

*giggles* I was so happy when I found that out!

My editing failed :P But the pic is waaaay better now.

I usually use PicMonkey to edit pics of Sage. I found so many...but I can't show you any of them because a few of them are spoilers. :P

I'm working on the next chapter! ^^ I might finish it tonight, but most likely tomorrow morning.

with some work I managed to finish this chapter! ^^ I feel a little tired though so I don't know if I edited it very well.

Hawk flew until his wings ached, which wasn’t very long. His parents hardly let him fly so his wings weren’t very strong. He flew through the clouds and sat on a particularly fluffy one. Most people would fall through clouds, but Hawk could sit on them if he was very gentle. Perhaps it was because he was so slender and light, though he hid that with his baggy tunic.

Sitting on the cloud Hawk stared ahead for the first few moments as he got over the shock. Tears stung his eyes and before he knew it he was hugging his knees and sobbing. “First my real parents die then my new ones sell me… I wish I never had wings…” He thought. Slowly the sun disappeared and Hawk fell asleep on the cloud as he was slowly carried away, far away.

Maybe it was because the cloud was a raincloud or because it was so peaceful way up there, but Hawk slept for several days. He only awoke because of a loud thunderclap from another cloud a ways away. Slowly he peeked over the edge of the cloud and stared at the grasslands below. He sighed. He was now officially the furthest from home he’d ever been. Slowly he considered what he was going to do. He had an awful empty feeling of both hunger and loneliness inside of him.

“I’ll stop at the next town.” He decided.

He dug into the cloud and created a hole that he could look though as he traveled. Along the way he pulled out his hawk charm and looked at it. He slipped the leather cord over his neck and shivered as something felt weird. He looked over his shoulder and to his shock his wings were gone! He took off the charm and watched as they quickly popped back out. Hawk smirked and slipped the cord back over his neck and watched his wings slink back. “Cool.” He whispered looking at the charm. Just then he spotted a very large kingdom. Making sure he wouldn’t be noticed he took the charm off and glided down to the outskirts of the kingdom. He slipped it back over his head before he entered into the bustling streets and went about looking for food. It didn’t take long and while no one was watching he snatched some bread. Well he thought no one was watching. A large man grabbed his arm and drug him back slamming his arm onto the counter.

Hawk struggled to get away from the massive man, but found it was no use. “Well, well, well. Thought you could steal from me did you?” The man growled

Hawk watched nervously as the man picked up a large sharp knife off the counter. “Let me go.” Hawk said desperate to get away.

The man did so and Hawk stumbled back. “Steal from me again and I’ll chop off your hands so you’ll never steal again.” The man warned.

Hawk wasted no time rushing through the crowd tears threatening to spill again. Finally he calmed down enough to start searching again. “Looks like I can’t steal any food.” He thought his stomach starting to grumble.

He spotted a soup stand and decided to ask for food. “C-can I have something to eat?” he asked the fat man in charge of the stand.

Hawk nodded. “Please?” He asked sweetly hoping he looked innocent and cute enough to get something.

The man snorted. “No.” He turned and began stirring his soup.

Hawk was starting to feel desperate. He may have been small, but flying took a lot of energy and he needed to eat lots. “Please sir. Just a little.” He begged.

The man glanced at Hawk. “Are your parents dead?”

Hawk sighed. “Yeah, then my adopted ones tried to sell me off.”

The man chuckled. “Cute sob story kid, I’ll believe you about your parents being dead, but I know better than to believe a story like that.”

Hawk felt offended. “But it is true! I wouldn’t lie about something like that.” He spat.

The man glanced back at Hawk raising a brow.

Hawk growled. “Never mind” he started to leave, but heard the sound of a dish being set on the counter. He turned around to spot a bowl of soup waiting for him. Hungry he took it and drank it quickly.

The man didn’t look but kept stirring. “Don’t come back.”

“Thank you.” Hawk said with a large smile as he put the dish back and ran off.

The man glanced back and watched as Hawk leave. He chuckled slightly and turned back to his soup.

With a bit of food in him Hawk began exploring the kingdom, but not very far and he tried to stay out of trouble. After a bit he found a carpenter’s workshop which he curiously looked around.

“Can I help you?” A man asked. He was tall and rather hairy, but his face was kind.

Hawk nodded. “Can you give me a job?”

The carpenter looked thoughtful. “I don’t know. What can you do?”

The carpenter laughed. “Alright we’ll see what you could do.”

Hawk soon found himself sitting outside the story sanding a bed frame. He didn’t really mind and happily went to work. Days passed and Hawk slept in the carpenters extra room. Slowly he felt like he was finding a place where he could belong. One day as he was sanding a chest he heard a woman scream. People started to cluster around a large building where a little girl stood on the roof.

“I’m coming mama.”  She said trying to climb down.

Hawk knew he had to do something and he grabbed the charm around his neck. “I’ll need my wings.” He thought. To his surprise his wings popped out without him having to take off the charm. He didn’t have time to question it, as he quickly began running to the building.

The little girl attempted to climb down, but slipped and with a scream began to fall. Hawk opened his wings and angled them so he caught a gust of wind and speed to the falling girl. He caught her just in time and landed gracefully setting her down.

The crowd murmured in surprise. “H-he has wings.”

Hawk looked around nervously. He touched his charm. “I don’t need them.” He thought and they disappeared. Quickly he turned and ran away as fast as he could. “Stupid wings” He thought. “I wish they were normal here so I wasn’t looked at like that.”