some of this may seem redundant. i apologize.

Yes, I know, Mark is Seth. It's not like I didn't know already, nor can I say that I didn't tell you so. Yes, I've also seen the comments he made public on his profile, particularly those about Riley/Ariel (referred to as Asia in said comments) and me, and I'm a little disturbed as to the implications of "It was that bad?", "what? That doesn’t sound like him at ALL", and "oh wow. Im very sorry about that. It makes me very…

This is taken right from my Instagram (so I had to edit out the usernames, likes, and comments). I organized my book shelf today and I like it a lot more lol

One book not featured is All the Bright Places which I'm currently reading. I'm still looking for my copy of the novelization of Star Wars: Episode I - The Phantom Menace but I may actually not have it.…

I need ideas for videos to make. Please nothing religious or special effect heavy. I already have enough of the latter.

No longer have respect for me?

Oh so you no longer have respect for me? Was there really any to begin with? I mean if there was, you'd respect my opinions and actually have a conversation about them. Oh wait. What did you do instead? You closed the discussion thread because you can't seem to handle anything that is not a yes or a good job. You don't like criticism which is honestly sad because everyone needs criticism when it comes to writing. I know this because I've had several people to change a few things in my…

How my Oscar viewing turned out in terms of wins. I got 15 out of 24. So half. Not awful but I could have done better. Sorry about the random order of the awards.

ACTRESS IN A SUPPORTING ROLE

Should I make a continuous movie blog post? It'd be where I tell you guys what I've seen, how I rate it, and my review. Let me know if you guys would be interested in seeing something like that.

So I sent Chris a message on Facebook today asking about the state of the next Codebearers book.

Mr. Miller, has Continuum been canceled? It'll be three years this August since we (the fans) have received any update regarding the novel. Others including myself are still very interested in this story and would love to read it. Thank you for taking the time to read this and have a good night/day/afternoon.

This was his reply. I switched out my name for my…

So I like making family trees for the characters in my properties (along with other things I really like the concept of) for fun. If you would like me to do family trees for your characters (RPG character included), let me know all the information (full names, relationships (married, dating, etc.), alive/dead, pictures, and any other extra information about each character) so that I can make a pretty sweet family tree for you. Feel free to ask questions in the comments

I HAVE A SNOWBALL MIC!

My Creative Video teacher let me take home her Blue Snowball mic for me to record my voice over for my documentary. IT'S SO PRETTY!

I'm freaking out a bit right now. If this site is going down, I wish I had had a notice about it so that I could figure out a way to save 5 years of collaborative work. If the site really is going down, please subscribe to me on YouTube (zhadow900 or The Movie Stand) to keep in touch. Even if the site isn't going down, subscribe to TMS lol

January 2016 will be Space Films Marathon as inspired by Wes Ball. As stated by the rules in his list (2016: A Space Odyssey), the films have to occur in space or have to do with space travel, and each list has to have either 2001: A Space Odyssey, Solaris, or both. Rewatches are allowed.

What did you guys get for Christmas 2K15? I received the Best Buy preorder of Halo 5, a Rode mic with a dead cat (keeps the wind out of the mic), $10 iTunes gift card, $285 (from different people to make that total), two Pop!s, chopsticks, The Walking Dead dog tag (collectable), two little Marvel villain bobbleheads, Aéropostale gift card, two gift cards I can use for any Gap Inc. store, chocolate, Entertainment Weekly year subscription, and Avengers: Age of Ultron…

Okay this is going to be a quick non spoiler review/overview of the first season of both Daredevil and Jessica Jones as well as the future of the MCU on Netflix. The reason I am not putting this up on my website The Movie Stand is because though they are connected to the MCU, these are still shows and not movies. That being said, let's dive in.

TV-MA. That's the rating of both of these shows.…

When the World Falls in the Top 5 Already?!

Say what?! The newest installment in my franchise has yet to start and it's already in the top 5. 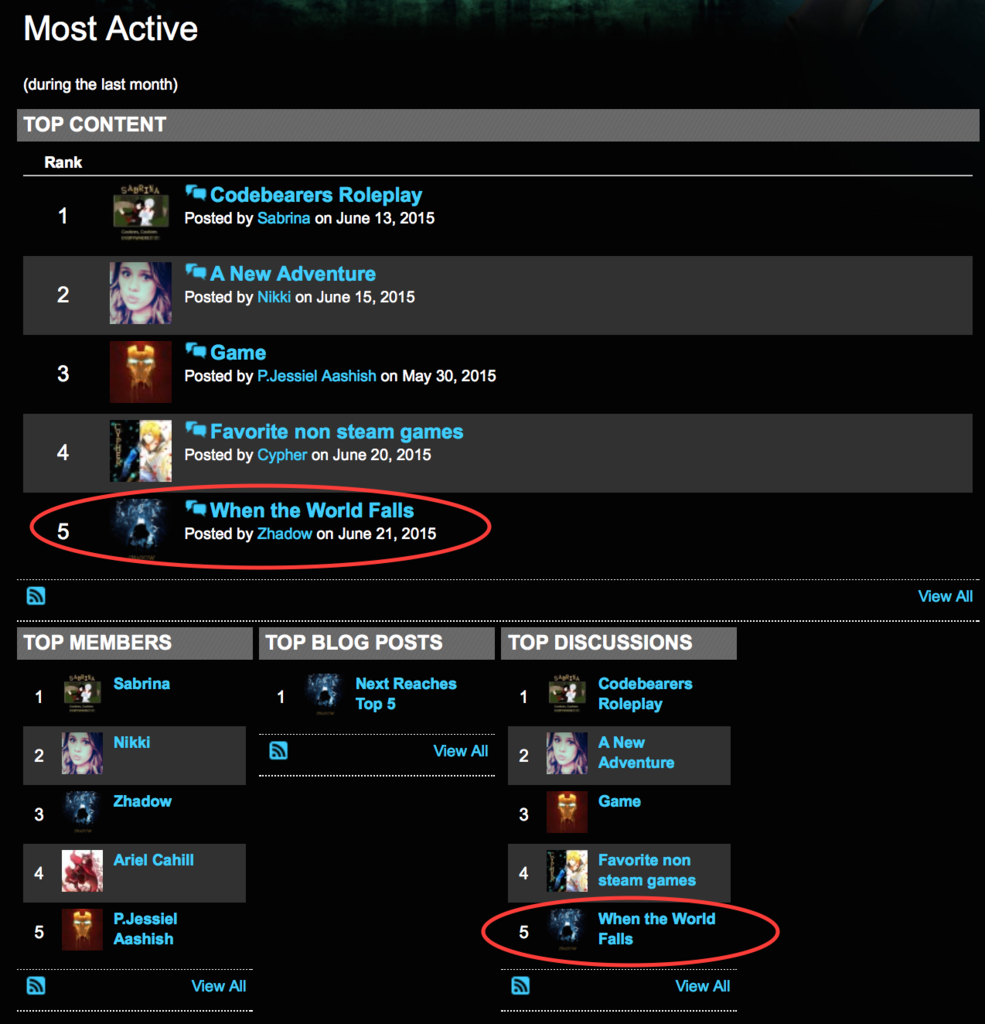 I'm really happy to see Next in the top five active discussions and content for this month. It's really awesome to see one of my creations be up there.… 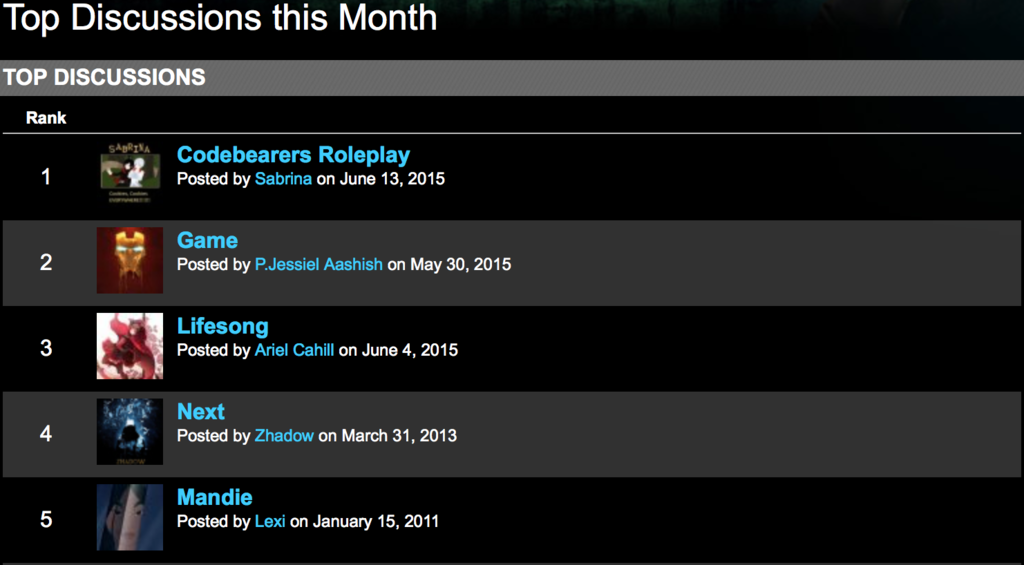 Hola everybody. Due to the fact that I want to be a director, I am always looking at interesting stories and that's how I stumbled across Marvel Comics' Runaways. I had known about the series before, but had never read the comics until now. I have decided that I will be making a fan film or web series off of the first 18 issues of Runaways.