Check here every so often for sneak peeks of Shuriken Seekers. I'll post pics and story ideas that I've come up with. I'll also share the history behind characters that you want to know more about. Just ask about anything that has to do with Shuriken Seekers.

Please Note: I will not be able to share secrets about what is going to happen in a certain book. I'm hoping to get them published so I can't reveal those things

Read the prologue and chapter…

Here is a list of my ultimate favorite movies:

The LOTR and Hobbit movies of course

Well, basically all the Marvel movies

Hmmmmm.......I THINK that covers it. I'm probably missing some, but I'll add them as I think of them.

THIS IS FOR CITY OF GOLD RPG MEMBERS ONLY

Well I just got back from my first meet of the season. This was a USA meet down in Zeeland, MI., so there were a LOT of kids there. I experienced several new things!

1. I experienced what it feels like to miss an event (So, I was on my way to get behind my starting block for the 50 yard freestyle. I get half way up there an noticed that I didn't have my swim cap. I then, stupidly, go back to get it. Now these 50s go really fast, so I was limited with time. I got my swim cap…

A blonde cop stops blonde motorist and asks for her driving license.

The Motorist scuffles around in her purse and can't find it. She says to the cop, "I must have left it at home officer."

The cop says, "Well, do you have any kind of identification?" The motorist scuffles around in her purse again, and finds a pocket mirror.…

The Updated Prologue to My Book

This is the updated version of the prologue to my book. It is no longer a discussion. It takes place in the medevil type age. Jak is kinda like a ninja, only he is called a Julanko. Here it is: Hey guys. I'll post new RPG ideas I have so that you can vote on one of them. The one with the most votes by a certain date will probably be made.

Gollum's Prologue RPG vs. The Invisibles

Gollum's Prologue RPG description: This RPG takes place before gollum became that nasty creature. You play as hobbits. Further description and such will be…

From July 10th (?) to July 16th, I was up in Michigan's U.P. babysitting my 2nd cousins at the ages of 8, 7, and 4. I just got back yesterday and I am very tired. During that week my sisters had a series of concerts for their choir. Choirs from all over the world came and 6 girls from Iowa had to stay with my family. They just left today. So we are basically all falling over.

For 4th of July my swim team did a huge hot dog/pop corn/sno cone/smoothie/brats sale. It was incredibly fun. I wrapped hot dogs for a while. Then I sold waters. Then I did helium balloons for the rest of the time. IT WAS AWESOME!!!!!!!!! We raised a lot of money. It was a fund-raiser for the Hammerhead swim club. During the week I helped my Dad get it ready. I had to get up really early during the summer too. AHHHHHH!!!!!!!!!!!!!!!!!!!!!!!

The following is a summed up version of a story from Jesse Duplantis' "jaMBaLaYa foR THE SOUL" book:

Jesse Duplantis was preaching one time and was invited over to someones house for "the best Gumbo you'll ever have". Form Jesse's own words, you can't make a very good Gumbo at all. Only Cajans can cook that

. He went over. They talked untill it was ready then sat down at the table. The lady put the Gumbo on the table, and Jesse thought, "Man that looks good." The lady dished…

So my sister did this really cool thing. She took an egg and punched a hole in one end (really small). Then she punched a hole the same size in the other end. She put her mouth to it and BLEW! Next thing you know it's like she's blowing yellow gunk out her mouth. It was awesome!!!!!!!

On 4/16/11 my family and I invited 16 people to come watch all three extended LOTR movies! In between we served hobbit meals with hobbit food. It was awesome!!!!!!!!! One guy even brought his Legolas cut out, and all the girls were going over and getting their picture taking next to him

. He also brought a look-a-like of Aragorn's rings with the two snakes! It was a really fun day!

In order to come to this showing, though, they had to come to a Bible study using LOTR. We…

There still is a girl whose name was Betty,

She had a sister whose name is Hattie,

Now brother John was still there,

Till brother Jimmy cut a pear,

Then they all got married and had Mr. Eddy.

This is a Limerick.

(Look at the prepositions)…

It's here!!! It has been finished. This is the rough draft, so it is not totally done being edited. Enjoy!!!!!!!

I made the symbol that is etched onto Xenaro's shoulder but it didnt show up here. 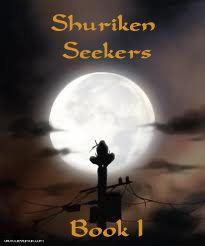 Zak jumped from the tree he…