For the fun of it, we are going to use this blog as our OT Thread. Here I'll post updates and rules for the game.

Here are your elemental pairings:

Personality: acts then thinks, is intelligent when he take the time to think, is scared of speaking to people he doesn't know, when alone feels confident  and likes to talk to himself. :D Bio: Never having to wait for anything or be in need he has spent half his life in school and the other half exploring. Although he has the fastest and coolest cars he would rather ride a skateboard or surf the waves. His hot headed actions make for great fun but gets him in trouble. His good schooling wins him many awards and contests and makes many enemies. Having not had any real friends he is shy around people and likes to keep to himself.

Personality: calm, laid back, seems bored all the time but it's just a mask to hid how he really feels. He can make rude remarks without thinking but is really a kind and polite person deep down. 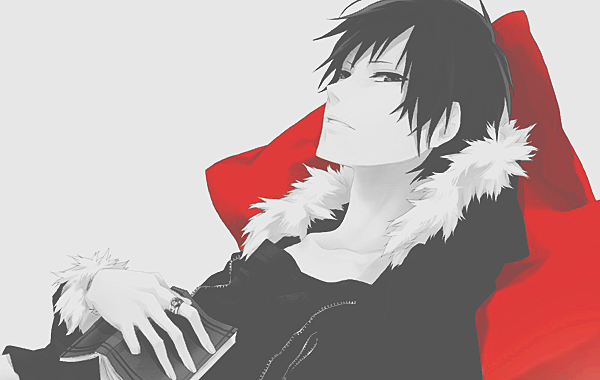 Bio: When he was six Ty's parents both died in a car crash, but not in the same one. His father had been first and his mother followed two months later. It was suspected that she'd driven into the cement barrier on purpose but there was no way too tell for sure. Ty was the youngest of four and all of his siblings were at least eight years older than him. He had moved in with his oldest sibling (the only girl in the family) because none of his brothers wanted to have to take care of him. Apathy seemed to run in his family but Ty felt like he was the only one who actually cared about things. He learned when he was young just to keep everything inside of him and pretend he didn't care. His sister had a full night job and was rarely around when he got home from school, but when she did come back she was so tired that she'd basically turn him into her personal servant. Ty pretended like he didn't care though and did everything she told him too. He wasn't friendless but he wasn't exactly the friendliest guy at school either, but he managed to get along with people pretty fine as long as they didn't start nosing into his business.

Personality: on the outside she's silent and serious, perhaps slightly creepy, but if your fortunate enough to break through, she's a fun, hyper girl

Looks: (if this is too crazy let me know) rainbow-colored hair, brown eyes, slightly short for her age with lightly tanned skin

Bio: Rikatotokari, she's only known as Kari, was born with rainbow hair for unknown reasons, but people just assume she dyed it that way.  When she was young, her mother disappeared one day.  Nobody could find her, giving Kari and her father some hope that she was still alive.  But over the years, they eventually had to admit that even if she was alive, she wasn't coming back.  In the meantime, her father did everything he could to fill the void that her mother made.  She grew up with him and leaned on him for every event in her life.  Along with the usual things as she grew up, he also taught her how to handle weapons, from crossbows to swords.  She's also a solid B+ student in school and does cheerleading as an after-school hobby.

Personality: A bit of a troublemaker, easy to talk to, fairly nice

Bio: Jacob never knew his real parents. He grew up in a luxurious house owned by a wealthy, and fairly famous, family. His adoptive parents would get Jacob whatever he wanted as they did for their three biological daughters. Jacob never let his parents spoil him unlike his little sister. Jacob often wonders what happened to his parents while he surfs and skateboards.

Other: Jacob likes to sing and can play piano.

Bio: When Azami was 8 years old, her parents divorced and she has spent her time divided between them, spending the majority of her time at her mother's, and every other weekend and holiday with her father. This has left her very insecure and since then she has withdrawn into books and online games to cope with her stressful situation. During the middle of her 7th grade year her mother began dating David Corwin, and by the end of Azami's 2nd semester of 8th grade, she was moving into her new stepdad's house and explaining to her teachers why her last name was different on their roll-sheets. Azami greatly resents her step-father for "invading" her life, and secretly hates her mother for "betraying" her father, but she never says anything about it. Though she is quiet and withdrawn, she has become quite adept at reading body language and facial expressions. She uses her writing to help vent her feelings, but lately the stress of her family life, coupled with the scornful jeers and painful taunts of her peers make her feel like she's a pot that's about to boil over. Her frustration is only increased by her lack of power over her situation.

Now that we have our pairings, I'd like to give a few rules I'd like to try out for this game. I really want to make this work, and I'm glad you all want to have a part in it.

1) Please do not use chat speak when writing your game play. Use your writing samples as a guide if you don't understand what I mean. The only exception is if you are saying your character is texting someone else.

2) If there is nothing productive for your character to do, PLEASE DON'T POST!!!! I know you want to be part of the action, but if you really can't do anything except something kinda random or just stand there, please wait until you are called into play.

3) No God-modding. You are not all powerful. You have cool powers, but you can't take over the world with a flick of your wrist.

4) No really bloody, gory details, unless you let us know ahead of time. Fire can do damage, and people can get hurt, but I don't want something out of 300. We do have younger eyes who watch the site, so we need to respect parents' wishes that things not be so bloody and disturbing to the younger members.

5) Please check in here from time to time. I may post edits to the blog about the game. I want to write a story about our adventures when we are done, so I may ask you about plot devices and such from time to time.

6) Don't be afraid to post ideas or concerns you may have about the game. I want us all to have fun.

So that's it for now in the way of rules. What I need you all to do now is post here saying you've read this and understand it. I will try to get on every day to see how this game goes. Please be patient if I don't respond right away.

Thank you all for joining, and please enjoy your time as guardians.

Im still in this, but I've been grounded so I haven't had much time to create a post for Jacob

I'm going to have a lot of spare time for the next while. I'd like to try this again. Please?